In early September, Community Regional Medical Center in Fresno, CA was given 48 hours to resolve a contract dispute that had resulted in the loss of neurosurgery coverage in their emergency department. If they had failed to resume coverage, they would have lost their designation as a Level I Trauma Center. According to The Sun, at least 21 patients had to be shipped to other facilities during the dispute. The practise of shipping patients carries a degree of risk, so this impacted the quality of care available at the hospital. Other facilities in the area that relied on CRMC were impacted as well. CRMC is the only Level I Trauma Center between Sacramento and Los Angeles, so any patient in the area who suffers severe stroke symptoms, for example, depends on the facility for care. The possibility of the entire San Joaquin Valley community losing access to that kind of care was alarming. It was also a reminder that a contract dispute can have very serious ramifications when it leads to gaps in coverage.

Many contract disputes result from a long history of distrust between administration and physicians. An organization’s approach to call pay often compounds its physicians’ distrust. The most common approach to call pay is to conduct single-specialty negotiations behind closed doors. The lack of transparency inherent in these negotiations contributes to a perception of unfairness. This not only encourages resentment towards administration, it also pits specialties against one another. It’s no surprise that call pay is a natural point of contention in low-trust environments. But the fact that it’s a point of contention also makes it a good place to start when you want to rebuild trust and turn your hospital’s culture around.

Inviting physicians to participate in the process of building a call pay program can transform a hospital’s relationship with its medical staff. Our Physicians’ Call Committee brings together physicians from a wide range of specialties to discuss their call burdens with their peers and administrators. These discussions lead to the establishment of a fairness standard for all call pay rates. The result of the committee’s work is a set of recommendations regarding which specialties should be included in the program and how much their per diems should be.

To ensure that call pay is no longer steeped in secrecy, the committee’s recommendations are shared with members of the medical staff before they are presented to administration. Oftentimes, staff members are satisfied just knowing that a process has been put in place to make sure all call pay arrangements have been established in a fair manner. The benefits of having that kind of alignment cannot be overstated given that a hospital's medical staff is essential to the stability of its call coverage.

Preventing the next dispute

Our Physicians' Call Committee is designed to provide ongoing insight into the suitability of an organization's call pay program. The needs of an emergency department tend to change, as do specialties’ call burdens, so the only way to make sure a program remains as fair, transparent, and inclusive as it was the day it was launched is to keep a call committee in place. By ensuring the ongoing suitability of a call pay program, the committee can also keep potential issues at bay, thus maintaining alignment between staff and administration.

We have 15 years of experience helping healthcare clients establish call pay programs, and we’ve observed that those who chose to entrust their call pay committees with the ongoing governance of their programs have been overwhelmingly more successful in minimizing conflict over call coverage and call compensation. As a result, they’ve had fewer disputes and fewer gaps in coverage, allowing them to remain a reliable resource to patients in their communities.

If you would like to learn more about our Physicians’ Call Committee, and how it can help your organization avoid devastating contract disputes, schedule a call with one of our consultants today. 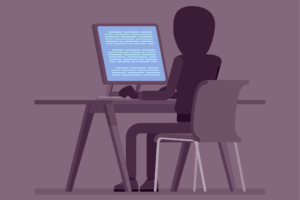 The Anonymous Physician:   Early Retirement The Anonymous Physician column provides physicians with a platform to discuss pressing issues in healthcare. From time to time, we pose a question to a doctor, or a group of doctors, and post their answers anonymously, giving them the freedom to be frank and uninhibited.… 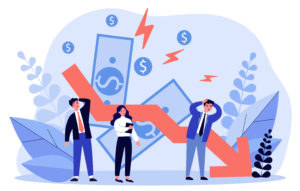 Don’t let payment reductions lead to a call pay crisis The Centers for Medicare & Medicaid Services (CMS) has proposed a 3.75% cut to Medicare’s payment rates. Combined with other scheduled cuts, this would result in a 9.75% payment reduction in 2022. These cuts will decrease the value of physicians’…