Perspectives on a Pandemic: Lessons learned from our podcast series

Understanding COVID-19 has been a challenge, but at least one thing was immediately clear: its impact would be far reaching. Our podcast, Courage in Healthcare, recently launched a series called “Perspectives on a Pandemic.” We’ve spoken to physicians throughout the country about what they’ve learned as they’ve tried to keep their patients and families safe, and their practices afloat.

We hope their insights will inspire providers to keep searching for creative solutions to the challenges they face every day, and remind us all that we can emerge from this stronger than ever. Here are our top takeaways from “Perspectives on a Pandemic:”

The impact on our youth

While children aren’t considered high-risk for serious illness, the virus is affecting them in unexpected ways. School closures have left many young people feeling isolated, increasing the prevalence of pediatric anxiety and depression. Pediatricians have also seen examples of astounding weight gain due to decreased activity and improper nutrition.

The closures have been particularly hard on children of low-income households, many of whom were dependent on the nutrition they received at lunch. And when childcare is financially prohibitive, children are being cared for by grandparents who might be unable to provide them with the exercise and nutrition they need.

Regardless of socioeconomic status, many parents have been reluctant to bring their children into a pediatrician’s office for routine care due to fear of infection. Dr. Victoria Rundus, a Tennessee-based pediatrician, reminds us that it’s important for practices to not only have a strategy in place for keeping staff and patients safe, but also to reach out to families and tell them about the precautions that are being taken. Mitigating safety concerns will not only help keep children healthy, it’ll also help practices stay financially viable.

The impact on revenue

Remaining financially viable has been a concern for many practices as revenue has been down across the country, especially in rural areas. Practices that rely on elective surgeries, for example, were hit particularly hard. But some have done well in areas where patients have sought treatment at smaller facilities in an effort to lower their risk of exposure. Dr. Katherine Williams, an OBGYN and president of the Louisiana Medical Society, believes that this is a reminder that we shouldn’t rely too heavily on big hospital systems, and that it’s important to support other types of facilities so patients will have options available to them.

The impact on care delivery

In many cases, revenue has been impacted due to the above mentioned fear of infection. Patients have simply been too afraid to seek medical care. Physicians have tried to stress the importance of staying on top of your health care needs, reminding the public that being otherwise healthy increases someone’s chance of recovering from COVID-19 without becoming critically ill. But many still believe the risk outweighs the benefit, and a lack of routine care has left some patients extremely vulnerable.

Dr. Ben Finkenscher, an emergency room physician, shared with us that his facility saw a 40% decrease in ED traffic during the early days of the pandemic. Dr. Finkenscher has done remarkable work with patients suffering from opioid use disorder in his community, and he knew that the reluctance to seek help, combined with closures among community partners that provide medically assisted treatment and counseling, could be catastrophic for these patients.

Neurologist Arun Chhabra had similar fears during the initial months of the outbreak about his stroke patients, many of whom were dealing with their symptoms at home for 2-3 days before coming to the hospital. At that point, there was little he could do for them. Dr. Chhabra says that the reluctance to come to the hospital subsided as the shock of the virus died down, but he’s still seeing its effect on stroke patients. Due to financial problems brought about by the outbreak, many are having trouble paying for their medications. Before the pandemic, he was seeing 2-3 acute stroke emergencies per day, and now that number has increased to 4-5.

If you would like to receive industry updates and articles like the one you see here, complete the form below 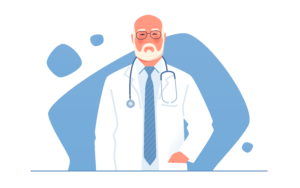 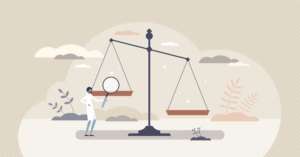 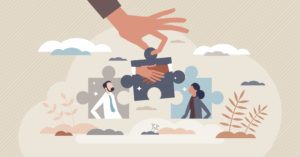