A 2018 change in tax law will have a major impact on compensation for non-profit hospitals and healthcare systems. To learn more about the tax reform, we turned to Dan Mulholland and Henry Casale, partners at HortySpringer.

HortySpringer is a healthcare law firm based in Pittsburg, PA. They were the first law firm to devote its practice exclusively to health law and healthcare organizations. They take an active role in national healthcare policy, education, and publishing. Their newest creative venture, Health Law Expressions, is a podcast focused on cutting-edge topics in health law.

During the first episode, Dan and Henry discussed how the new excise tax on compensation impacts non-taxpaying hospitals and healthcare systems. We found this episode so informative, we asked to share portions of it with you.

What this law did was create a new section of the Internal Revenue Code called, IRC Section 4960. It imposes a 21% excise tax on any remuneration paid in excess of one million dollars to covered employees of the organization and it applies to certain applicable tax-exempt organizations.

I don’t think tax exempt organizations have ever really thought of themselves in this way, but in a time when it’s politically difficult, if not impossible, to raise taxes and when you may be facing increasing budget deficits, one way the government can raise revenue is to shrink, if not eliminate, exemptions so the tax-exempt hospitals and other tax-exempt organizations need to be on their guard to recognize that it’s not business as usual and you have to constantly be justifying and showing the benefits that accrue to the area and the community through your tax-exempt status.

Types of Organizations and Wages That Fall Under IRC 4960

This new law applies to any organization exempt from tax under section 501A of the tax code. That includes all 501C3 organizations, which means that all non-profit hospitals and health systems could potentially be covered by this. Also, it applies to state and local governmental entities. Those entities are technically exempt from tax, congress just doesn’t impose a tax because they’re run by state or local governments, but if you had a hospital district that paid somebody in excess of a million dollars, even though it didn’t have its own C3 exemption, it could be covered.

This is a tax on the employer so that the employer is constantly going to have to pay an excise tax that they’re going to have to work into their budget. It applies basically to any wages that are reported as paid to the employee on their W2 form. It can also apply to certain deferred compensation arrangements under section 457F once the substantial risk of forfeiture goes away and the benefit vests, even though that isn’t immediately paid out to the individual. So that’s what gets calculated into the determination of whether you paid somebody more than a million bucks.

The good news to hospitals and health systems is that the remuneration paid to physicians directly related to performance of medical services is excluded from this excise tax. In other words, if you have a physician who earns more than a million dollars in compensation a year from the provision of healthcare services, the laying on of hands professional services, this excise tax would not apply to that compensation. If, on the other hand, you have a physician who provides administrative services such as a chief medical officer who makes more than a million dollars, then the excise tax would apply.

One other benefit that we don’t think congress really gave much thought to is the fact that they have in effect recognized that certain physicians earn more than a million dollars a year. By excluding physician compensation, they created an argument for Stark, Anti-Kickback, Private Inurement, and Impermissible Private Benefit under the tax laws, that just because a physician makes more than a million dollars a year doesn’t mean that they’re being paid unreasonable compensation. However, that will depend on the facts and circumstances, what the physician’s specialty is, and how reasonable it is to pay that compensation given the professional services that the physician provides.

The fact that they excluded this from remuneration—the definition of remuneration—has some interesting results. For instance, you could have a situation where the five highest employees include physicians who are all making north of a million dollars and the CEO might be the sixth highest compensated employee. The CEO is making more than a million dollars, but in that case, there’s no tax because the five highest are still counted as the five highest. If they’re doctors, you just knock their remuneration out and that means that the CEO, who’s number six on the list, doesn’t get counted. However, if the CEO got on there in the first year, and then later he’s still making north of a million, but the doctors drop off of it, there could be an imposition of the tax. So there’s a lot of permutations of this that result in some interesting things when you look at how—at least on its face—it works.

The tax law specifically recognized that remuneration includes amounts paid by related organizations that control or are controlled by the tax-exempt organization…so pretty much no matter how you would want to try to divide income amongst the various boxes on your corporate diagram, you’re not going to be able to do that and avoid this tax. They’ll aggregate it for the purposes of this tax.

What Organizations Can Do to Prepare For The Changes

[Organizations are] going to have to figure out this year who your five highest compensated employees are. And then you exclude from that list doctors who are paid more than a million bucks for physician services and medical services and if any of them [are] remaining you ought to look at what their tax liability might be so at least you can budget for this because this tax would be something you’re going to have to pay next year when you file your tax return.

The other thing you should do is consider deferral opportunities. Review and revise your executive and physician compensation policies as needed, and review and revise physician contracts to make sure that clinical and administrative services and compensation for those services is clearly delineated especially as you’re getting close to that million dollar cap. Also, you may want to look at your pension plans, if you have it—a non qualified deferred comp program, you want to look at that to see what the effect of this law and this tax will be because many of those plans have been in place for a number of years now and this law is brand new.

We would like to thank Dan and Henry for their insights. To learn more about how the excise tax might impact your organization, listen to the entire first episode of Health Law Expressions, a podcast by Horty Springer.

To learn how MaxWorth can help your organization better structure your physician and executive compensation, contact us today to arrange a call with one of our consultants.

If you would like to receive industry updates and articles like the one you see here, complete the form below

Check out these additional resources and solutions for Tax-Exempt Hospitals. 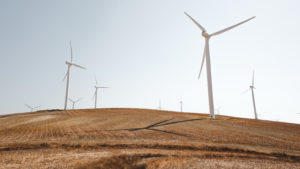 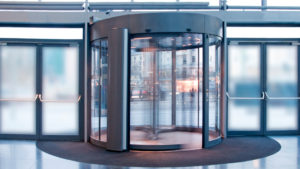