During his time as Medical Staff President at Winchester Medical Center, Dr. Tom Oliver helped his organization successfully navigate a variety of challenges, but none would test his leadership skills more than an on-call compensation crisis. The hospital was on the brink of losing a service line when MaxWorth was brought on board to lead a collaboration between the hospital’s administration and physician leaders. The result of this collaboration would become known as the Call Pay Solution®.

We recently spoke to Dr. Oliver about his time as Medical Staff President and how a group of physician leaders was able to bridge the divide between a medical staff demanding to be paid for call and an administration that refused.

In the following excerpts from our interview, Dr. Oliver shares his thoughts on what we consider to be the five keys to building a better call pay program.

1. Inclusion: the Key to Building Trust

“One of our surgical specialties stated they were going to no longer take call after a certain date and we had a bit of a gap between our hospital CEO who stated he would categorically refuse to ever pay for call and a group of physicians who stated they were going to stop taking call unless they got paid and this was at a time when there were some physicians getting help with call. Some of the internists were getting support from the beginnings of our hospitalist service at the time the number of people who were getting paid for call was small and very well noticed by all the other people who were taking call and not being paid. That caused a great deal of—it caused a big rift amongst and between the physicians and between the physicians and the administration.”

“Physician leadership was essential to the development of our call pay program. We had the huge gap between administration and physicians and we had a rift between the physicians themselves with different specialties and different groups having different ways of taking call and some of them being compensated for call. It took medical staff leadership working between the two sides to get everybody to realize that both groups of people were well intended. Administration wasn’t evil and physicians weren’t greedy, horrible people.”

“The official leaders can tap into those reliable, respected physicians. If you don’t have their support, whatever program you’re planning to start isn’t going to fly. For us, when we started our path towards a deferred compensation for call program, it was essential to have buy-in by those other physician leaders.”

3. Defining Burden of Call: the Key to Creating Fairness

“The hardest part is recognizing the differences in call burden between different specialties. Not everyone’s call burden is the same and you’ll need to figure out a way that suits your own hospital culture how you’re going to recognize that the call burden of the orthopedic surgeon or the neurosurgeon is greater than that of the ophthalmologist or the pathologist. And everybody knows that difference is there. There is a basic cost to simply being on call whether you’re called in or not, but being up all night is a whole lot more painful than staying at home. Those differences need to be recognized with a set of ground rules and you can write those rules however you like to recognize your local needs and culture.”

4. Flexibility: the Key to Long-Term Success

“So it takes involvement by physician leaders and administration to modify the plan and adapt it at intervals as needed to reflect current needs. Those physician leaders are involved officially through two groups of people. First is our call committee, which is a small group of five physicians who meet basically once or maybe twice a year and then a larger group comprised of board members, administrators, and a second group of physicians called our advisory board that acts on behalf of the hospital board to maintain the plan. That group meets, again, once or twice a year. So we’ve gone from needing to meet every month to only having to meet once or twice a year to keep the plan effective and moderated and of course there is the continuous background support from the professionals at Pangburn and MaxWorth.”

“We have physician participants in our call pay plan that were not permitted in the plan when we started ten years ago. But how we cover the emergency room and how the physician culture operates has also changed in the last ten years so people who were previously excluded by ground rules are now included. Our plan is now much more inclusive than it was before. Part of the reason for that is that the hospital is now using the deferred comp for call plan as an alternative to the myriad of little side deals they had, medical directorships and stipends that went to a variety of specialties to keep physicians involved in the hospital. Those side deals so to speak have been largely supplanted by a larger, more organized deferred comp for call plan.”

5. Paying Better, Not More: the Key to Cost Containment

“Complaints about call have largely disappeared from the medical staff executive agenda. That’s the biggest thing that’s happened, is we just don’t hear people complain about it as much so I think what it’s meant to the staff is a lower level of grief in general. Nobody likes taking call, but when you know you’re being recognized for it in some way then you’re just a little bit less unhappy about taking it. It hasn’t made us all happy physicians every time we’re taking call. We’re just less unhappy if I can put that in a positive way. I think that’s the biggest thing. The compensation that they’ve received from call I think has been significant. And some physicians who’ve had heavy call burdens in well-compensated specialties have received very large checks from time to time. I think that’s made meaningful differences in their life activities and meaningful differences in their life planning.”

Complete the form below and receive a copy of our latest white paper, The Call Pay Solution: Stabilizing budgets with a fair and sustainable approac

Check out these additional resources for the Call Pay Solution®, our three-phase, six-step process that empowers your organization to create a more fair, transparent and sustainable call pay plan.

Physician recruitment in rural America: Is paying more a sustainable solution? According to the 2021 Medscape Physician Compensation Report, states where physicians are paid most tend to be more rural. The top three, for example, are Alabama, Kentucky, and Oklahoma. This is most likely a result of these states having… 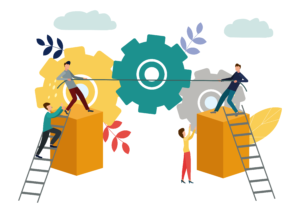 The enduring rise of call pay doesn’t have to be a liability When MaxWorth first created the Call Pay Solution, on-call compensation was one of the most contentious topics in healthcare. At a time when more and more physicians were demanding to be paid for call, most administrators were reluctant… 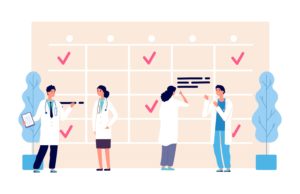 Physician input leads to fairness Hospitals often rely on Fair Market Value (FMV) surveys to help them determine how much to pay physicians for services like taking unassigned call. While these surveys are a good place to start, they’re also problematic. Most of the hospitals we visit would only be… 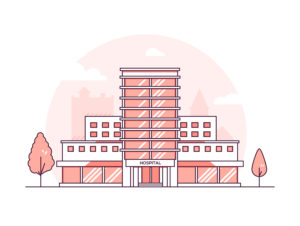 Struggling healthcare organizations need sustainable solutions The economic impact of the pandemic has been hardest on hospitals in rural and underserved communities, many of which were already struggling to remain viable due to pre-pandemic financial strain.     Mercy Hospital, the oldest in Chicago, announced this week that it has…